Jason Robinson is a sporting legend who reached the summit in both Rugby League and Rugby Union. Jason played in 3 world cup finals, scoring England’s only try to help secure the 2003 Rugby Union World Cup in Sydney, Australia.

Jason Robinson is a sporting legend who reached the summit in both Rugby League and Rugby Union. Jason played in 3 world cup finals, scoring England’s only try to help secure the 2003 Rugby Union World Cup in Sydney, Australia. 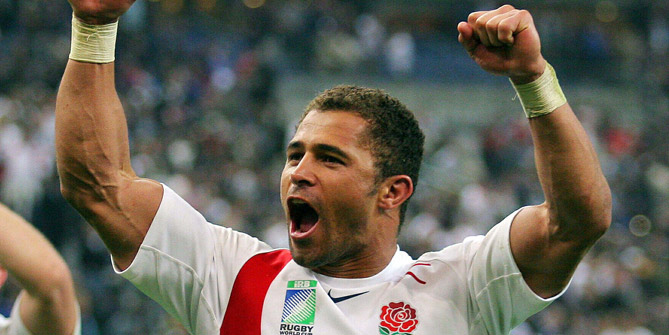 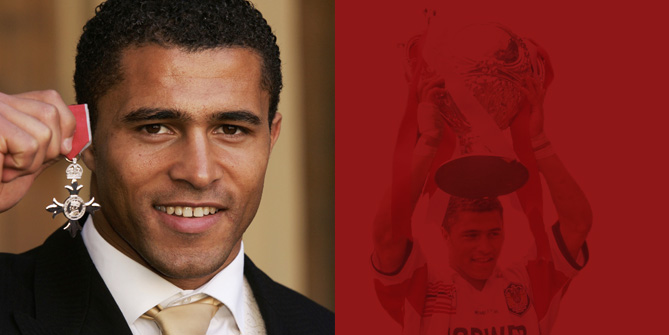 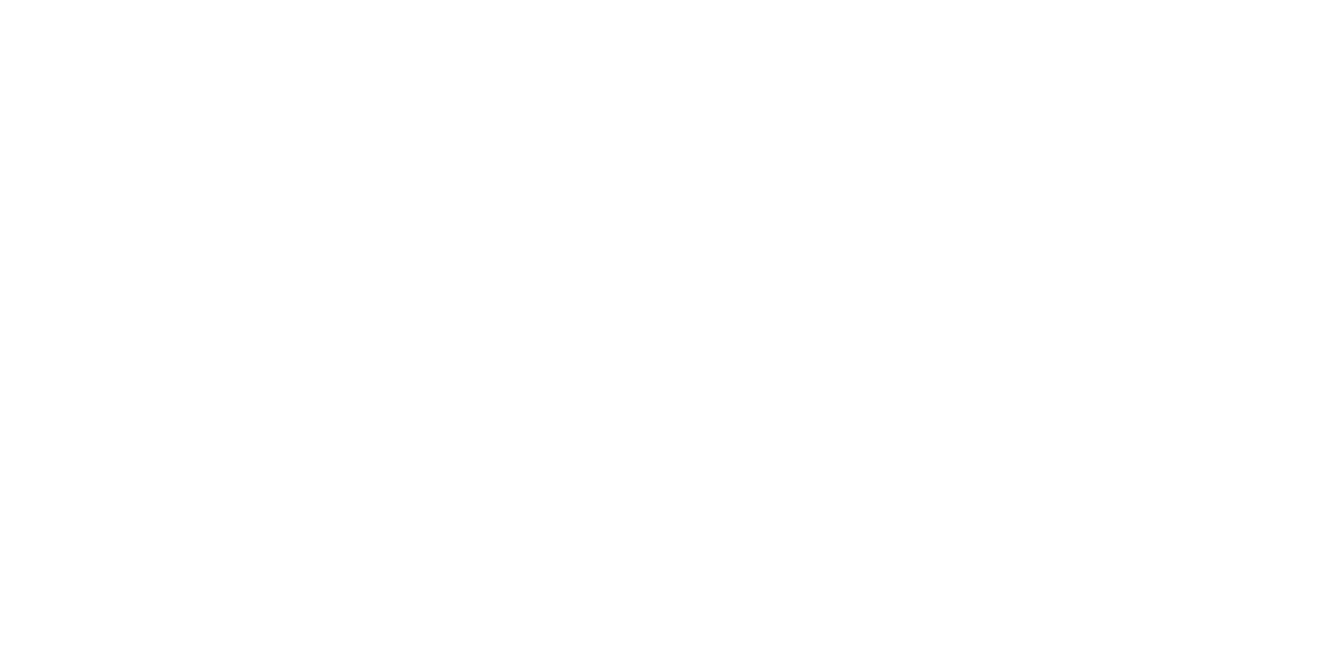 Jason’s trademark side step, devastating acceleration and ability to beat defenders, makes him one of the true greats of both codes. He was awarded the MBE for his role in the 2003 World Cup and the OBE for services to Rugby in 2008.

Jason’s Rugby League career started at Wigan in 1992 after been talent spotted whilst playing for Hunslett Boys Club. During his Rugby League career he played 281 games, scoring an incredible 171 tries. During his time with Wigan, his wins included a Super League title, four Championships, three Challenge Cups, three Regal Trophy wins, 4 premiership titles and an away win against Brisbane Broncos to win the World Club championship in 1994. He also represented England, Great Britain and the British Lions, finishing as runner up in the England versus Australia Rugby League World Cup Final in 1995.

In 2000 Jason switched codes and joined Sale Sharks where he was to have an immediate impact on Rugby Union, going on to play 159 games for Sale Sharks, scoring 248 points.

Following his appointment as captain in 2004, Sale Sharks finished third in the table and won the European Challenge Cup. The most successful period in the club’s history culminated with a table topping performance backed up by winning the 2005/6 Guinness Premiership final and reaching the quarter finals of the Heineken Cup.

Jason was drafted into Sir Clive Woodward’s England set up. His speed and agility made him a natural choice for the 2001 British and Irish Lions’ tour, scoring five tries in his opening tour match and scoring a scintillating try to set up a memorable first test victory for the tourists. Jason had secured his place as a Lions legend, also touring in 2005.

There followed a England career where he scored 28 tries in 51 caps, the highlight of which was that memorable try in the 2003 World Cup Final. He was appointed captain for his country in 2004 before retiring from international rugby in 2005.

He was tempted back to England for the 2007 World Cup campaign in France, selected for his leadership and winning mentality. Jason recovered from an early hamstring injury to help England beat first Australia in the quarter finals and then France to reach their second consecutive final where England lost to South Africa. Jason left the field bloodied and with a shoulder injury symbolising his commitment to give his very best for his country. His departure was accompanied by a standing ovation to close an awesome international career, receiving the respect and admiration of the Rugby world.

For media, charity or sponsorship opportunities please get in touch.